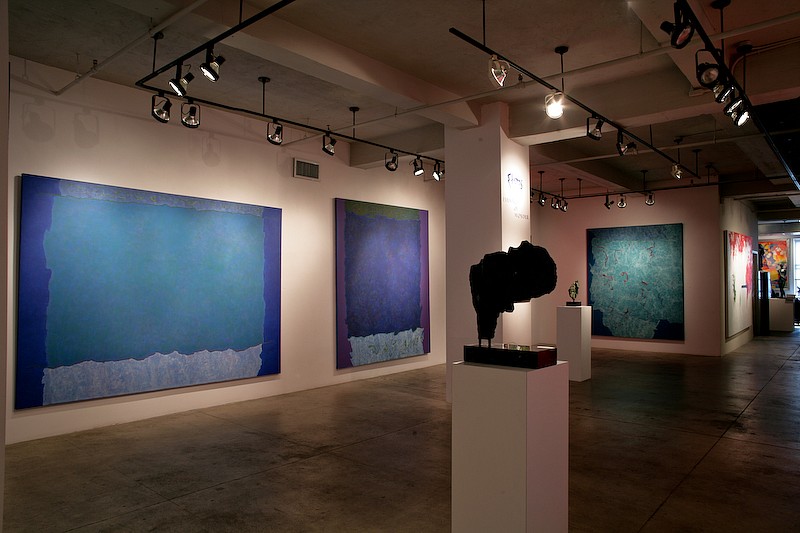 ACA Galleries is pleased to announce Theodoros Stamos: Evidence of Wonder. This survey includes works from 1943 to 1992 and shows how the natural world was a source of inspiration and imagery throughout his career. This exhibition is the first Stamos solo exhibition at the gallery since 1993 and features sculpture never before exhibited outside of Greece.

Theodoros Stamos (1922-1997), the youngest member of the first generation of Abstract Expressionists was born in New York to Greek parents. In 1936 he won a scholarship to attend American Artists’ School where he studied sculpture until 1939 when he left to focus on painting. Beginning in 1941 he ran a frame shop where he met Arshile Gorky. In 1943 he had his first solo exhibition at the Wakefield Gallery which was run by Betty Parsons. During this period he met Adolph Gottlieb and Barnett Newman.

His work was included in the Whitney Annual in 1945 and the following year the Museum of Modern Art purchased a painting. He met Peggy Guggenheim, Mark Rothko and John Graham in 1947. His first solo museum show was at The Duncan Phillips Collection, Washington DC in 1950 and that year he also taught at Black Mountain College. From 1955 through 1977 he was an instructor at the Art Students League. Starting in 1970 he made yearly trips to the island of Lefkada in Greece.