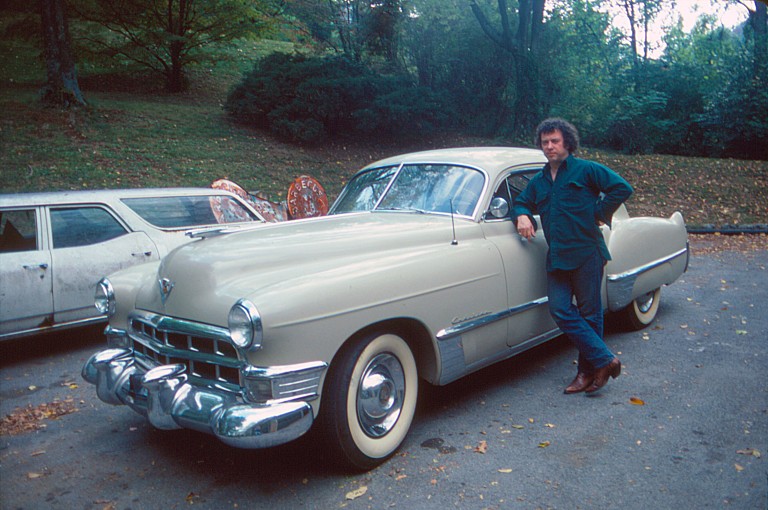 ARTS/ARTIFACTS; A Fading Language Of the Roadway

This is a digitized version of an article from The Times’s print archive, before the start of online publication in 1996.

IN 1962, WHEN HE WAS AN art director at an advertising agency in Atlanta, John Baeder began photographing quirky signs he saw scribbled on walls, doors, roofs or Dumpsters around the city. He had become aware of the signs in the late 1950's when he traveled between his home in Atlanta and college at Auburn University in Alabama. The three-hour trip took him past crumbling lean-tos, rinky-dink motels, two-bit gas stations and shacks, all of them covered with signs that featured phonetic spelling of Southern black words and phrases."On the job I was inundated with sophisticated communication," recalled Mr. Baeder. "So on weekends, I started taking pictures of the underbelly of Atlanta before it grew. I came across more and more of the signs I had seen on the road."Now 47 of his photographs are in "Sign Language: Street Signs as Folk Art," an exhibition at the O. K. Harris Gallery, on West Broadway in SoHo. The exhibition runs through July 12 and can be seen again briefly from Sept. 3 to 7. Most of the images are included in Mr. Baeder's book of the same title, published this month by Harry N. Abrams ($19.95).Mr. Baeder, a Nashville artist best known for his paintings of diners, said he focused on signs with primitive-looking lettering and images, many of which were distinguished by creative grammar. The signs hawk the services of fortune tellers, wrestlers, gas stations and bars. Others set out prohibitions ("No Loud Cussing Please"). The messages come across as raw and gutsy, as spontaneous as rock lyrics or truckers' talk.The sign that started Mr. Baeder on his 30-year odyssey was one he found in a black neighborhood in Atlanta where, as he put it, "peeling posters and musty windows blurred into doorways that went nowhere." Near the front door of a storefront Pentecostal church in a boarded-up building he saw a handwritten sign that began "Pencost. Holley. Church. Of. God. Servest." It went on to invite church members to worship and their children to attend Sunday school.Mr. Baeder was deeply affected by this sign and others like it. "I found them poignant, humorous and touching," he said. "It was not just the typography but the written word and the handwriting. I loved the cadence, the sound of Southern speaking. The combination of heart, soul and tool gets to me."Traveling between Atlanta and New Orleans, he found the back roads "rampant with handwritten signage." He became increasingly aware of the signs as language and began to understand why they existed: a sign is a merchant's face to the world. "People needed to express themselves," he explained, "so they advertised gas, cigarettes or worms."In 1964, camera in hand, he moved to New York and discovered signs that reflected similar themes. "That's where the series of photographs really started to take form," he said. In New York and, later, in Los Angeles, he found signs not just on buildings but also on vehicles. In Queens, he photographed a sign on the back of a school bus that showed a tombstone and read, "Credit Died 1961." In Los Angeles he chased an ice-cream truck for many blocks to photograph it. Boldly painted in red and white stripes, the truck served as an unusual frame for the sign on its side.The most common of what Mr. Baeder called the "no" signs is the No Parking sign, and the best example in the book, an image photographed in Atlanta, had been altered to read "Now Parking." "It's my favorite," he said. "Adding or taking away from a declaration can turn a benign sign into a thing of power and humor."